To share your memory on the wall of Roger Doyle, sign in using one of the following options:

LITCHFIELD: Roger “Dodge” Doyle passed away, Monday, September 2nd , he was the husband of Sue Doyle.

LITCHFIELD: Roger “Dodge” Doyle passed away, Monday, September 2nd , he was the husband of Sue Doyle.

Corporal Doyle was born April 27, 1943 the son of the late Nicholas and Louise Doyle and was a lifelong resident of Litchfield and was a graduate of LHS in 1962, winning 2 State basketball Championships and earning a Connecticut All State selection in 1962.

After High School Dodgie became an entrepreneur starting Doyle’s Lawn & Snow Plowing Service while pursuing a career in law enforcement. He juggled two jobs his entire life and had a well decorated 46 year career as Litchfield’s Corporal. He married his High School sweetheart, Sue Murphy Doyle and loved her for 55 years. Mr. Doyle had a passion for helping people and it was evident in the policing of the town of Litchfield where he left an indelible mark on the Community as a compassionate leader and competent law enforcement officer.

Besides his wife he leaves his son, Nick Doyle of Fort Lauderdale, FL and his beloved grandson, Chase Doyle; a daughter, Christine “Chrissy” Doyle-Bouchez and her husband Raymond Bouchez of Winchester, CT, a brother, Hugh Doyle and a sister, Nicki Marciano and her husband John of Litchfield, CT and the late Marlene Doyle-Skonieczny and her husband Dave Skonieczny and several nieces and nephews, David, Dean & Dawn Skonieczny and Debbie and Chris Marciano.

Dodge Doyle was an iconic member of the community, the three things closest to his heart were his family, his friends and the community of Litchfield, Connecticut.
Read Less

To send flowers to the family or plant a tree in memory of Roger Anthony "Dodge" Doyle, please visit our Heartfelt Sympathies Store.

Receive notifications about information and event scheduling for Roger

We encourage you to share your most beloved memories of Roger here, so that the family and other loved ones can always see it. You can upload cherished photographs, or share your favorite stories, and can even comment on those shared by others.

Posted Sep 06, 2019 at 04:03pm
To the Doyle family my deepest condolences on the loss of your Husband, father and grandfather. I had the pleasure of enjoying dinners with Dodge years ago and he was fun to be around. Sue, Chrissy, and Nick may you be comforted by the way the entire community seems to have something positive to say about his impact on the people he served. May your hearts be soothed by the fact that he is at peace and in a far better place.
Warmly,
Mark Ginella
Comment Share
Share via:
E(

Posted Sep 06, 2019 at 07:31am
Sue and Christine and family, we are sorry to hear about Rodger. Our thoughts and prayers are with you and your family.
His memories will live on forever.
Dan Grammatica and family
Comment Share
Share via:
DC

Posted Sep 05, 2019 at 09:02pm
I knew Dodge all my life growing up in Litchfield, and because of him, I was able to become a police officer. We worked together for many years and shared many laughs together. Dodge was dedicated to helping others when they needed help, and was always very caring to others. My family and I will miss you LC-10 this is your final #31 patrol. 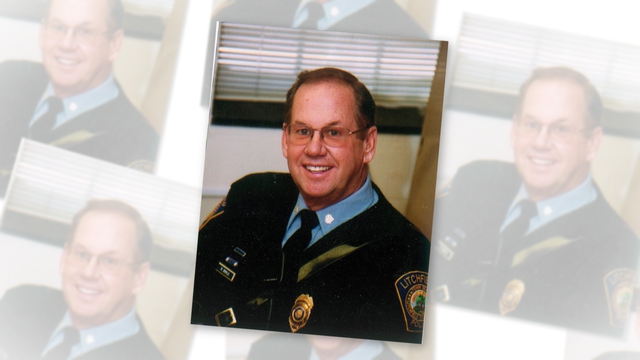