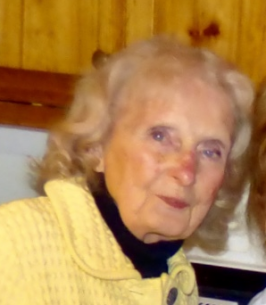 Shirley (Meeker) Gelormino – Shirley J. Gelormino, 89, of Morris, CT went home to be with her Lord on October 4, 2021 at Charlotte Hungerford Hospital after a brief illness. She was the loving wife of Robert (Bob) L. Gelormino. Shirley grew up in Torrington, moved to Maine while her husband was in the Navy, and then returned to raise her family in Morris. Later in life, she moved with her husband to Morgan, Vermont where they lived on Seymour Lake. While in Vermont, Shirley volunteered with the United Christian Academy in Newport, VT. After many years, she and her husband returned to Connecticut to be closer to family, first living in Litchfield and later on Mt. Tom in Morris.

Family was most important to Shirley. She would often say she was blessed because she wanted six children which she got with her two daughters and four grandchildren. She loved family gatherings and she enjoyed cooking meals for her loved ones. She often cooked for those in need through her church and she volunteered at the Torrington Soup Kitchen which was work she loved. She spent her life caring for others, and she had an unwavering faith in God which she carried with her in all that she did. She grew up in the Torringford Congregational Church, and during her adult years was a congregant at several churches including the Morris Congregational Church and the Litchfield Congregational Church.

In the early 1980s, Shirley created the Gingerbread Gift House in Litchfield. She was very proud of this business where she sold various homewares and crafts. She enjoyed visiting with her clientele and decorating her shop. Besides spending her time as a caretaker, homemaker, and entrepreneur, Shirley also delighted in watching the birds at the feeders in her yard. She made sure her birds were taken care of and fed the whole year through. Watching UConn basketball games, reading her Guideposts magazine, and listening to music were among some of her favorite pastimes.

In addition to her husband Bob of 68 years, Shirley is survived by her daughters, Terry Lee Adams of Woodbury and Kathy Matyas (Ralph) of Litchfield; her grandchildren Jaime Makuc (Paul) of Litchfield, Robert Matyas (Laura) of Cambridge, MA, Jerrod Kirchberger (Ali) of Woodbury, and Jeffrey Matyas of East Lyme; and her three great-grandchildren, Jeff Jr., Michaela, and Catelyn who were the lights of her life. Shirley was predeceased by her parents Wayne M. Meeker and Dorothy Bell (Greenleaf) Meeker; her brother Wayne M. “Waynie” Meeker, Jr.; and several beloved aunts and uncles.

Funeral services will be private.

In lieu of flowers, memorial contributions made be made to St. Jude’s or a charity of donor’s choice.