To share your memory on the wall of Loretta Tanner, sign in using one of the following options:

Provide comfort for the family of Loretta Tanner with a meaningful gesture of sympathy.

She was born September 18, 1914 in Waterbury, the daughter of Anna (Masterson) and James Barry. She graduated from St. Mary’s High School and Central Connecticut State Teacher’s College. She earned her Master’s Degree in Education at UCONN. In 1946, she married Willis Tanner and together they would celebrate 46 years of marriage.

Loretta was a devoted teacher who touched many young lives. In the early years she taught in Warren, Bethany, Wolcott and Waterbury. She spent 29 years in the Litchfield School System at the Center School and Bantam School, before retiring in 1980. Loretta loved her students and always worked beyond the school day to ensure that her students achieved academic success. Her love of books and reading was passed on to her children, grandchildren and many students during her 39 year career.

Loretta was deeply devoted to her adopted town of Warren. She felt a deep responsibility to her community and served as “unofficial” secretary to her husband who was First Selectman for more than 30 years. She felt great pride when her first grandson was named Christopher Warren.

The family would like to thank the people who took care of her at Brandywine Assisted Living for many years and also the people at VNA Northwest. A special thank you is extended to her devoted, longtime, personal aide, Judy Clark who lovingly cared for her for many years.

Loretta will be remembered most for her love of family, ever present smile and cheery personality. She will be dearly missed.

Family and friends may visit with Loretta’s family on Monday, Dec. 10, 2018 from 9 a.m. to 10:30 a.m. at Rowe Funeral Home, 283 Torrington Road, Litchfield. A Mass of Christian Burial will be celebrated at 11 a.m. at St Anthony of Padua Church, 49 South Street, Litchfield. Loretta will be laid to rest alongside her beloved husband and daughter in the Warren Cemetery.

We encourage you to share your most beloved memories of Loretta here, so that the family and other loved ones can always see it. You can upload cherished photographs, or share your favorite stories, and can even comment on those shared by others.

Posted Dec 10, 2018 at 11:51am
I remember your mom and what a wonderful and kind lady she was. My deepest sympathy Patty, Barry and to your families. Thoughts and prayers to you all.
Comment Share
Share via:
HT

Posted Dec 10, 2018 at 07:02am
We are sorry for the passing of Loretta and remember her for the kind and caring person she was. Thinking about her being with her loved ones who passed before her makes her death at 104 years old a blessing for her.
Comment Share
Share via:
DT

Posted Dec 09, 2018 at 09:48am
Condolences to Patty and Barry . She lived long time and will always be remembered by Town of Warren and many people that she touched during her life ....

Posted Dec 07, 2018 at 06:30pm
To all of Loretta Tanner family we wish our condolences and wishes of healing. Loretta was always a lady and I remember working for the town and her call for snow removal. May she rest in peace. She is in heaven and back with Willis. 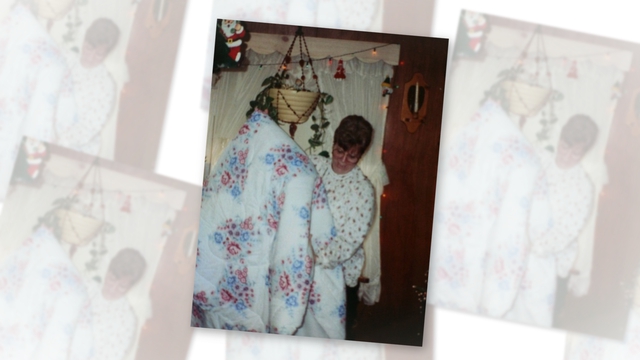