To share your memory on the wall of Dwight Fields, sign in using one of the following options:

Print
TORRINGTON - Dwight Allan Fields passed away peacefully in Charlotte Hungerford Hospital on May 18th after stubbornly refusing to acknowledge that major parts of his body did not work for the last couple of decades.

Dwight was born in 1... Read More
TORRINGTON - Dwight Allan Fields passed away peacefully in Charlotte Hungerford Hospital on May 18th after stubbornly refusing to acknowledge that major parts of his body did not work for the last couple of decades.

Dwight was born in 1948 in Bangor, Maine, loved that state, and was proud to be from there. He moved to Torrington with his family in the early fifties, where he commenced being cool, hustling for cash, and impressing the ladies with his sports skills and musical abilities.

Work was a major part of who he was, and you would be hard pressed to find someone who worked harder and longer, when he was on a task. He was a machinist and quality assurance manager at Pratt & Whitney, Turner & Seymour, Torin, and Retconn.

When he was not working, you would often find him working- on his hobbies. He was a gifted creator, producing copious pieces of furniture, wood burnings, and carvings. He loved to see the joy that his creations brought people, and gave many of the pieces away. He would also want noted that he rode motorcycles for over 50 years.

The only thing that mattered more to him than his work was his family, which included his friends. He was a loving and giving son, father, grandfather, brother, cousin, and friend to those who cared for him, and a fearsome guardian to those who threatened the ones he loved. He met the love of his life, Marjorie Reynolds in 1972, while working his third job at Burger King, where he was, in fact, the king. They were married in 1973 and he considered her his angel and savior for the next 46 years.

Dwight was a very tough dude, with a very caring soul. He loved deeply and would do anything for anyone who needed succor, with no thought for recompense. He was willing to forgive people for even the most serious trespasses, and relentlessly worked to improve himself, even through years of challenging ailments. Having tested it against cars, roads, fists, floors, walls, stairs, and multiple pieces of furniture, it is safe to say that he had the hardest head around.

He leaves behind his soulmate, Marjorie Fields, his children Jason Fields (Dawn), Kristine Clark (Tom), Shawn Fields (Lorrie-Anne), and Jenny Scofield (Rob); his grandchildren Katelyn, Jesse, Connor, Skylar, and Zoey (who he called ZZ); his brothers, Jeffrey Fields and Robert Fields (Linda); as well as many other cherished extended family members and friends.

Dwight was a Christian, and firmly believed that there was a place for him in Heaven, as he wholeheartedly sought forgiveness. He happily rejoins those who went before him, including his parents Edwin and Lois Fields; his brothers Gregory and Mark; his best friend of 50 years John “Jack” Hart; and many others he was looking forward to seeing.

The family would like to thank the myriad number of nurses, techs, therapists, and doctors who cared for him over the years, especially the ICU and fourth floor staffs at Charlotte Hungerford Hospital, and the hospice staff at the Visiting Nurse Services of Connecticut. We will now retire his E-Z pass to CHH.

Dwight would want everyone to think of him fondly, tell stories about his exploits, and because of his love of music, jam out and have a good time while remembering him.
Read Less

We encourage you to share your most beloved memories of Dwight here, so that the family and other loved ones can always see it. You can upload cherished photographs, or share your favorite stories, and can even comment on those shared by others.

Posted May 24, 2019 at 07:20am
Dear Shawn and family, I am very sorry for your loss. The obituary is so beautifully written about your father and who he was, and how he will be remembered. Sincerely to you and your family, Jen Dorio Oquendo
Comment Share
Share via:
SF

Frank Dayton purchased the The FTD Eternal Affection Arrangement for the family of Dwight Fields.

Robert and Linda Fields purchased the The FTD Eternal Affection Arrangement for the family of Dwight Fields.

Posted May 20, 2019 at 02:49pm
Shawn and family - My heart goes out to you on your loss. You are in my thoughts and prayers. Best, Katey Baruth
Comment Share
Share via:
SF

Thank you so much, Katey. 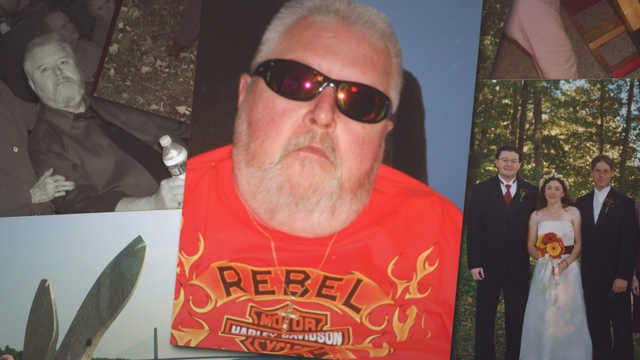